skip to main | skip to sidebar

Here are some questions from Ms. Kennelly's second grade class at Covington Elementary, and Tomie's answers.

Q: Do you have a cell phone?
A: Yes. It's a very basic cell phone. It probably was designed for a child or an older person.

Q: What was the last book you made?
A: BRAVA, STREGA NONA was the most recent book published. In fact, it was published yesterday.

Q: Are you still writing and illustrating books?
A: Yes.

Q: Do lots of people write you letters?
A: Yes! 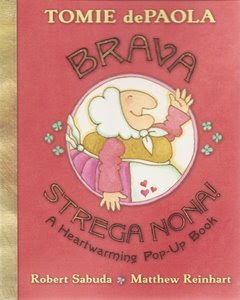 The rest of the tour to follow during the next few days.
Posted by Tomie's Blog Blogger at 12:34 PM

IN THE HOUSE: Marty Mark 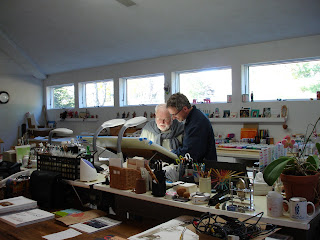 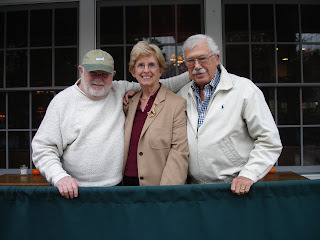 We met Barbara and Don Elleman this noon for lunch at Burdick's in Walpole, New Hampshire. Walpole is the home of filmmaker Ken Burns and a wonderful restaurant and chocolate shop. It's also a halfway meeting point for the Ellemans and us.
www.burdickchocolate.com

It now appears as if most of the activities with Tomie "in the house" will be on Sunday, July 19, and a weekend in mid-October (the weekend yet to be determined).

Since the Ellemans are close friends, it was great to use the Carle exhibition as an excuse to get together.
Posted by Tomie's Blog Blogger at 5:12 PM 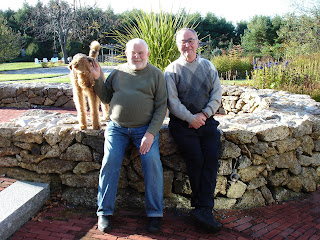 Daniel O'Connor visited this weekend. Tomie and Daniel have known each other since the mid-1960s. Daniel lives in San Francisco with his wife, "Joan of California." He tries to visit New England each year to see the fall color. Joan has a store in San Franciso, and a blog: www.timelesstreasuressf.com
Posted by Tomie's Blog Blogger at 10:48 AM 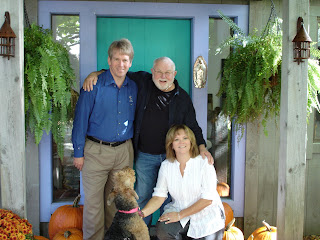 Susan and Doug (known to some as Old Joe) Whiteman visited Tomie during the Columbus Day weekend. OJ was the president of the Penguin Young Readers Group for many years. His new role still involves the Young Readers Group, but it also encompasses the company, Penguin Group (USA), and its future, as a whole.

Susan is an artist, an activist, and now a medical student.

When you put Susan and OJ together with Tomie, the laughter doesn't end.
Posted by Tomie's Blog Blogger at 9:38 AM 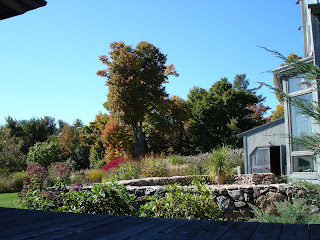 I noticed this scene while mowing today, and got my camera to capture it. 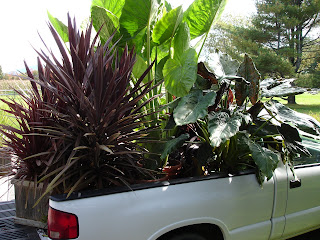 Although a frost hasn't nipped any plants at Tomie's home, friends in neighboring towns have seen frost on their plants several mornings during this week. So, it was time to begin moving pots of plants vulnerable to cold temperatures to a safe indoor environment.

Pots of cordyline and elephant ears are in the truck, and will be moved into a greenhouse. Earlier, I moved three truckloads of large pots of agapanthus into the heated garage next door. Yesterday, I moved a back-breaking pot containing an old Christmas cactus.

After the plants are moved, two dozen Oriental poppies, 1000 daffodils and 700 tulips need to be planted.

It's a spectacular fall day today, but winter IS around the corner. And, a lot needs to be accomplished before the first snow.
Posted by Tomie's Blog Blogger at 3:02 PM

Birth of a Library 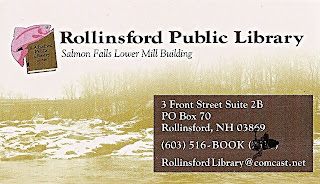 Several years ago, Tomie received a letter from R.J., a 10-year-old boy, in Rollinsford, New Hampshire (on the border with Maine). RJ had decided that his town should have a public library. He asked Tomie for a recipe for a library fund-raising cookbook.
Although members of the community had tried since 1840 to establish a public library in the town, it wasn't until RJ inspired family, friends and neighbors to help him realize his dream that community support for a library began to grow.
Last Saturday, we drove the nearly two hours to Rollinsford so that Tomie could attend the ribbon-cutting for the ceremonial opening of the Rollinsford Public Library. The Town of Rollinsford has yet to support the library with public funds, but the library is hopeful for future support.
As we waited for RJ to cut the ribbon, we talked with library board members, and learned about their creativity in generating private donations: Most of the library books and magazine subscriptions were donated, some of the furniture was purchased at a bargain rate from the New Hampshire office of "Dennis Kucinich for President," the Friends group held yard and bake sales, etc. One of the board members even suggested while we were talking that we get out-of-town library cards for $10 each. Of course, we did.
At the ribbon-cutting, Tomie donated several of his books, and a $500 check recently given to him, for a charity, by the New England Independent Booksellers Association for being named the 2008 New England Book Award winner for Children's Books.
The library has become a remarkable reality, and Tomie was delighted to be a small part of it.
www.rollinsfordlibrary.com
Posted by Tomie's Blog Blogger at 11:38 AM

Birth of a Blog 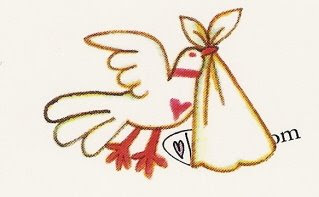 As if another website devoted to Tomie dePaola was needed... Yet here it is!

I don't like to fill the email boxes of eNewsletter subscribers with frequent ramblings about the life and times of Tomie dePaola. So, the eNewsletters will be occasional, and the ramblings on this blog will be frequent.
Posted by Tomie's Blog Blogger at 10:39 AM 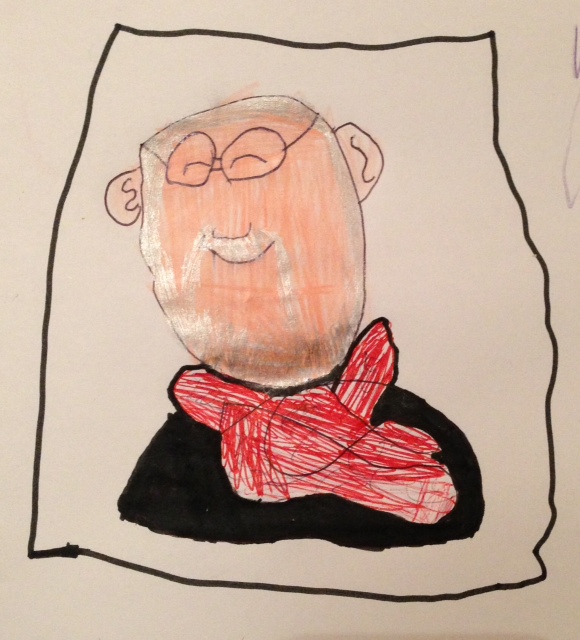 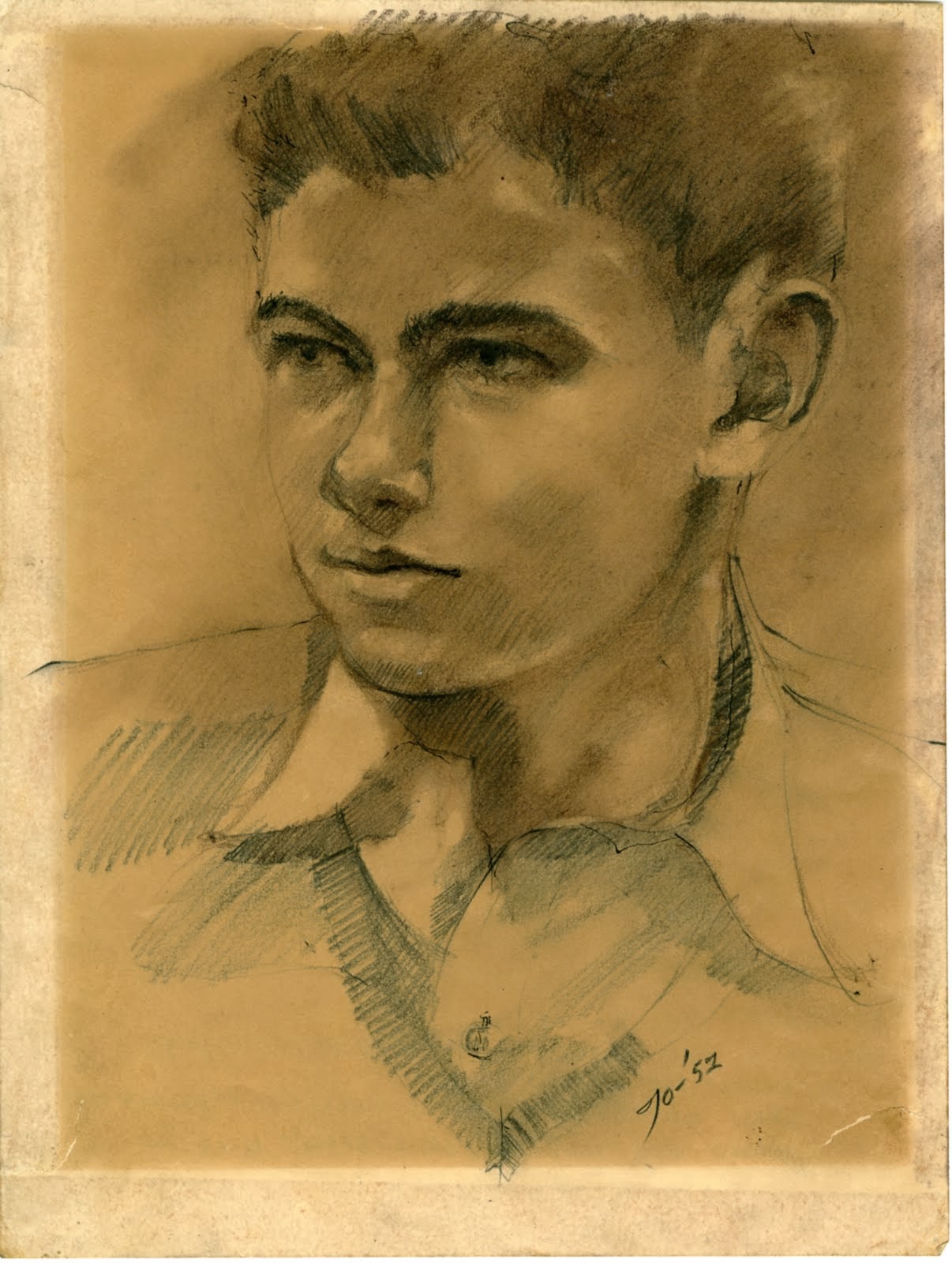 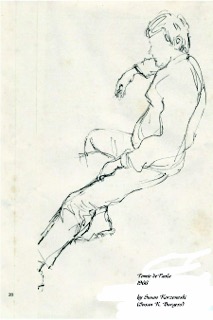 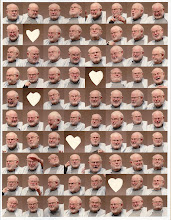 "The 75 Faces of Tomie," by Christine and Martin Marklin 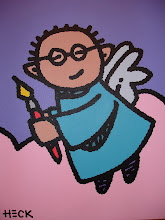 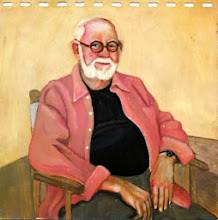 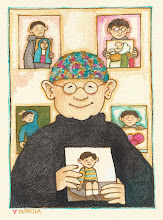 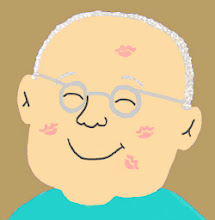 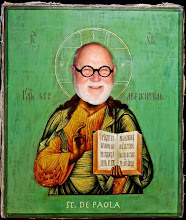 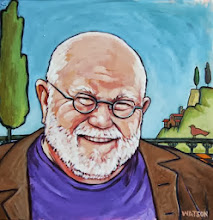 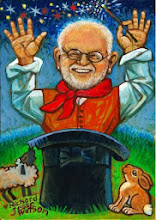 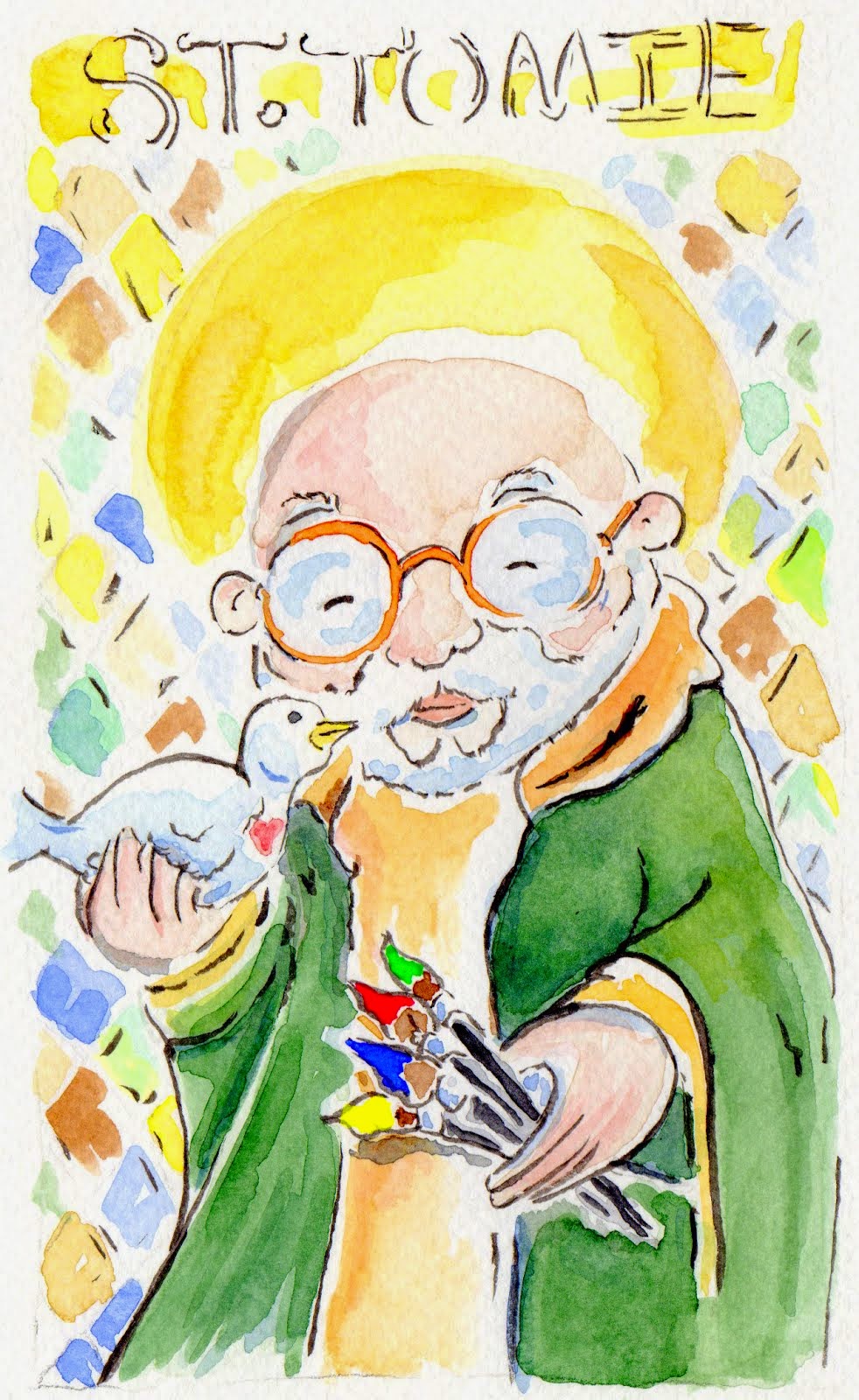 What Tomie Is Reading

Tomie's Blog Blogger
Sometimes written with, and sometimes without, the help of Tomie.